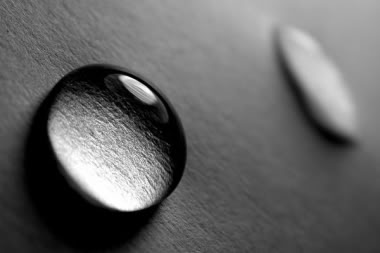 Twitter informed me that today is World Poetry Day.

Arundhati Roy says, “There’s really no such thing as the ‘voiceless’. There are only the deliberately silenced, or the preferably unheard.”
Thus, I am going to leave this here in case it matters.
The House
BY WARSAN SHIRE
i
Mother says there are locked rooms inside all women; kitchen of lust,
bedroom of grief, bathroom of apathy.
Sometimes the men – they come with keys,
and sometimes, the men – they come with hammers.
ii
Nin soo joog laga waayo, soo jiifso aa laga helaa,
I said Stop, I said No and he did not listen.
iii
Perhaps she has a plan, perhaps she takes him back to hers
only for him to wake up hours later in a bathtub full of ice,
with a dry mouth, looking down at his new, neat procedure.
iv
I point to my body and say Oh this old thing? No, I just slipped it on.
v
Are you going to eat that? I say to my mother, pointing to my father who is lying on the dining room table, his mouth stuffed with a red apple.
vi
The bigger my body is, the more locked rooms there are, the more men come with keys. Anwar didn’t push it all the way in, I still think about what he could have opened up inside of me. Basil came and hesitated at the door for three years. Johnny with the blue eyes came with a bag of tools he had used on other women: one hairpin, a bottle of bleach, a switchblade and a jar of Vaseline. Yusuf called out God’s name through the keyhole and no one answered. Some begged, some climbed the side of my body looking for a window, some said they were on their way and did not come.
vii
Show us on the doll where you were touched, they said.
I said I don’t look like a doll, I look like a house.
They said Show us on the house.
Like this: two fingers in the jam jar
Like this: an elbow in the bathwater
Like this: a hand in the drawer.
viii
I should tell you about my first love who found a trapdoor under my left breast nine years ago, fell in and hasn’t been seen since. Every
now and then I feel something crawling up my thigh. He should make himself known, I’d probably let him out. I hope he hasn’t
bumped in to the others, the missing boys from small towns, with pleasant mothers, who did bad things and got lost in the maze of
my hair. I treat them well enough, a slice of bread, if they’re lucky a piece of fruit. Except for Johnny with the blue eyes, who picked my locks and crawled in. Silly boy, chained to the basement of my fears, I play music to drown him out.
ix
Knock knock.
Who’s there?
No one.
x
At parties I point to my body and say This is where love comes to die. Welcome, come in, make yourself at home. Everyone laughs, they think I’m joking.
——————————————–
Warsan Shire, “The House.” Copyright © 2014 by Warsan Shire.
From: Poetry Foundation

iThere are no comments

Begin typing your search above and press return to search. Press Esc to cancel.