Conversations About Home (at a deportation centre) – Warsan Shire and Ugly 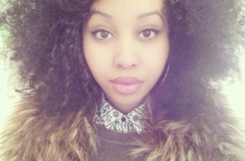 Well, I think home spat me out, the blackouts and curfews like tongue against loose tooth. God, do you know how difficult it is, to talk about the day your own city dragged you by the hair, past the old prison, past the school gates, past the burning torsos erected on poles like flags? When I meet others like me I recognise the longing, the missing, the memory of ash on their faces. No one leaves home unless home is the mouth of a shark. I’ve been carrying the old anthem in my mouth for so long that there’s no space for another song, another tongue or another language. I know a shame that shrouds, totally engulfs. I tore up and ate my own passport in an airport hotel. I’m bloated with language I can’t afford to forget.

They ask me how did you get here? Can’t you see it on my body? The Libyan desert red with immigrant bodies, the Gulf of Aden bloated, the city of Rome with no jacket. I hope the journey meant more than miles because all of my children are in the water. I thought the sea was safer than the land. I want to make love but my hair smells of war and running and running. I want to lay down, but these countries are like uncles who touch you when you’re young and asleep. Look at all these borders, foaming at the mouth with bodies broken and desperate. I’m the colour of hot sun on my face, my mother’s remains were never buried. I spent days and nights in the stomach of the truck, I did not come out the same. Sometimes it feels like someone else is wearing my body.

I know a few things to be true. I do not know where I am going, where I have come from is disappearing, I am unwelcome and my beauty is not beauty here. My body is burning with the shame of not belonging, my body is longing. I am the sin of memory and the absence of memory. I watch the news and my mouth becomes a sink full of blood. The lines, the forms, the people at the desks, the calling cards, the immigration officer, the looks on the street, the cold settling deep into my bones, the English classes at night, the distance I am from home. But Alhamdulilah all of this is better than the scent of a woman completely on fire, or a truckload of men who look like my father, pulling out my teeth and nails, or fourteen men between my legs, or a gun, or a promise, or a lie, or his name, or his manhood in my mouth.

I hear them say, go home, I hear them say, fucking immigrants, fucking refugees. Are they really this arrogant? Do they not know that stability is like a lover with a sweet mouth upon your body one second and the next you are a tremor lying on the floor covered in rubble and old currency waiting for its return. All I can say is, I was once like you, the apathy, the pity, the ungrateful placement and now my home is the mouth of a shark, now my home is the barrel of a gun. I’ll see you on the other side.

Why this poem (in one line) – Going to break the format for Shire because I love her so very much:
Is this even a poem? I like the manner in which it breaks that boundary to speak about boundaries. What should a poem look like on paper? Should it be indented like a river in the middle of reams of white? Or is this it, this big chunky mass of words? And, it is personal, like Adrienne Rich always said, this is her story, this is my story, and the story of many women. I find it strange when the public, the professional, and the personal are not on the same platform. As though these water-tight compartments are created to not know about the other. We are making colonies out of our lives. Indra Nooyi’s interview, her comments about women and motherhood, have been floating around my Facebook page – what is this all? Who wants this all? Is this all a monolithic singular structure? It saddens me at multiple levels – on having a mother that tells you to leave work at work, and at home be you, is that other you – not you, and why does that have to be a mask, a role. There is a gravitation towards a non-organic way of being.

My favorite poem by Shire “Ugly”:

“UGLY”
Your daughter is ugly.
She knows loss intimately,
carries whole cities in her belly.

As a child, relatives wouldn’t hold her.
She was splintered wood and sea water.
They said she reminded them of the war.

On her fifteenth birthday you taught her
how to tie her hair like rope
and smoke it over burning frankincense.

You made her gargle rosewater
and while she coughed, said
macaanto girls like you shouldn’t smell
of lonely or empty.

You are her mother.
Why did you not warn her,
hold her like a rotting boat
and tell her that men will not love her
if she is covered in continents,
if her teeth are small colonies,
if her stomach is an island
if her thighs are borders?

What man wants to lay down
and watch the world burn
in his bedroom?

Your daughter’s face is a small riot,
her hands are a civil war,
a refugee camp behind each ear,
a body littered with ugly things

I got the poem from “CAH”: here
This poem was originally published in Teaching My Mother How To Give Birth (2011)
Warsan Shire Tumblr: here
Interview: click here (contains videos of poems)