We planned a day out to enjoy the Museum Prinsenhof. One day was not enough, clearly we will have to go back to see the entire collection. It is extraordinary the amount of detail and history this tiny museum houses.

William of Orange, the “father of the fatherland,” founder of the House of Orange-Nassau and ancestor of reigning monarchy of Holland, had quite a dramatic life, from politician to rebel, fighting against the centralization of power, high taxes and persecution of Protestants, finally bringing independence to the United Provinces in 1581. He also had four wives, the third one being a former French nun. He was brutally murdered, shot, according to historians like Lisa Jardine, he was the first head of state to be assassinated with a handgun. The museum houses not only details of his astonishing life but also the Dutch monarchy family tree, their portraits, and a curious collage of photographs of some specific people from the general public invited to the present King Willem-Alexander’s coronation party.

The museum building is located in an enclosed charming square with a small maze shrub garden on the side, the building itself is beautiful, with picturesque corners, whimsical windows, along with the solidity of old stone walls as well as brickwork.

I was intrigued by their paintings about anatomy lessons, which they house, as part of their innovation collection. While these are not pleasant paintings to look at they offer tremendous detail and mark the curiosity of the human mind to figure out questions of human biology. I also liked looking at the faces of the people in these lessons, the disemboweled bodies in the forefront in contrast to their stoic expressions. Often the anatomy lesson participants are dressed in their finery perhaps to denote their status, there are no scrubs, no gloves, the naked body horrifies in the midst of the clothed. On a less macabre note, the delftware collection is lovely to look at.

My word of advice to you would be to plan a full day just at the museum because we also wanted to walk around the town and have a nice dinner we missed out on much of the museum. They have these new-age video installations, such a contrast to the old objects around, in which the various characters from history come to life and speak, not just the rulers but the cook in the kitchen, the help boy, the sellers in the marketplace. It makes for a relatively well-rounded narration of history, which is quite entertaining.

Delft has much more to offer, in our previous visit we had gone to the Vermeer museum, which is a complete delight. The canals are stunning, especially in winter, when sunset creeps in and you watch the city lights turn on one by one, changing the tones of the streets. Be forewarned that the canals do not have side rails of any kind, so if you have small children or are in a state of inebriation you need to be super alert.

Here are some of the pictures of the museum and of the town, I hope you enjoy them, and if you have been to Delft do share what you like to do there. We will be planning another trip soon so suggestions are very welcome, also if you would like us to try out something new and share our review and thoughts please do let us know. 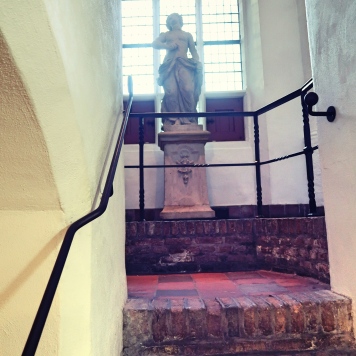 We had our dinner at the Santiago Torres restaurant in the Markt area, which is the central square sandwiched between Nieuwe Kerk and the City Hall. The food was very nice, but the desserts were just beyond expectations, absolutely splendid. 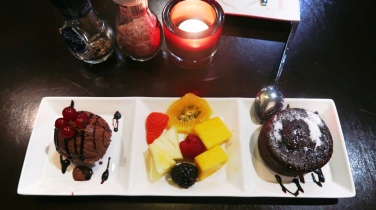 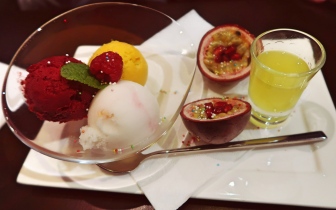 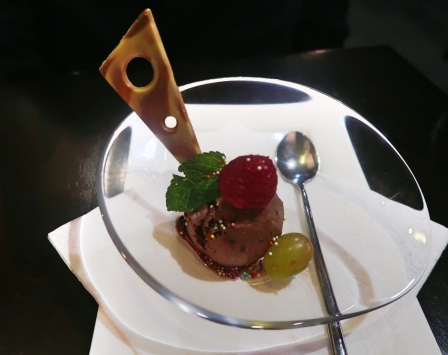